As long as the government gears up to the scale of the challenge in managing the fragile Australian economy over the next few months, and provided there is not a significant second wave of Covid-19, Australian businesses could look forward to 2021 with cautious optimism.

If there is one thing that the Covid-19 pandemic has taught us, it is that we need to develop the discipline to be able to live with the virus and its impact for a significant amount of time into the future. Almost a million Australians have lost their jobs since the Coronavirus outbreak around the world; Australian jobless rate is expected to have reached 11.3%, which is a notch higher than the 11.2% that was recorded in the 1990s recession.

The Australian JobKeeper payments scheme has kept many Australian workers attached to their workplace even after they have been stood down by their employers - the majority of those affected are neither working nor are they actively looking for work. This means that the actual jobless figures may not be known and the impact that the pandemic has had on Australian unemployment figures could only be roughly estimated.

The Australian government had put its crisis management plans in place when the pandemic hit its shores. The first economic stimulus package of $750 payment per week to 6 million Australians amounted to a total payment of $4.6 billion in March 2020, coupled with another $17.6 billion boost to businesses and pensioners to keep the economy afloat. This was followed by the second economic stimulus of $90 billion injection by the Reserve Bank and another $66 billion enabling employees affected by the Covid-19 crisis to have early access to their superannuation funds up to $ 20,000 per individual.

The idea behind the stream of stimulus packages is, ultimately, to kickstart the Australian economy back into growth mode. And most of the stimulus packages put in place to deal with the crisis, including the JobKeeper package and cash injections into SMEs, is expected to run out of steam by September. From then on, JobKeeper payments could stop and the unemployed would be expected to actively seek work. That is how long the Australian government has given its economy time to find its feet back and recover.

But then, the Covid-19 crisis is not going to go away to suit the government’s plans. The earliest Coronavirus vaccine is expected take at least 12-18 months of development since the beginning of the outbreak, before the vaccine reaches the market. That would mean a significant gap of a few months, which, in the context of a depression with struggling businesses and labour markets, could seem like eternity!

With local businesses struggling, it takes vibrant tourism to revive the economy. That’s ruled out too, considering the fact that international visitors may have to put Australia travel plans on hold till 2021. It might take an extended period of uncertainty for the rest of 2020 and beyond, before the economy could heave a sigh of relief.

There are calls for the government to take note of this impending gap and respond with plans to aid the transition from recession to growth beyond September 2020. Australia has done relatively well in managing the Coronavirus pandemic so far in comparison with the rest of the world; but its economic woes are far from over. As long as the government gears up to the scale of the challenge and manages the fragile economy over the next few months, and provided there is not a significant second wave of Covid-19, Australian businesses could look forward to 2021 with cautious optimism. 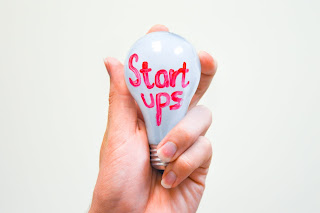 How to thinking like an entrepreneur - Effectual Vs Causal Thinking

If you are an entrepreneur looking for a business idea, you first need to know how you think - is it causal thinking or effectual thinking? Large organisations have specific goals in their agenda, an objective or a set of targets that they mobilise and channelise their resources towards. Their objective is to achieve their targets by leveraging and / or manipulating their means. To them, their goals are primary, and means are just those - mere means that would take them closer to their objectives. This approach is characterised by causal thinking . For instance, Unilever, the global consumer product behemoth, has set forth three objectives for 2020 - improve the health and wellbeing of a billion people, enhance their living standards, and simultaneously halve their environmental footprints. That's causal thinking in action. Or, if you would like to have larger-than-life objectives, try Elon Musk - to create a new industry of space tourism or to colonise Mars by 2025 sho 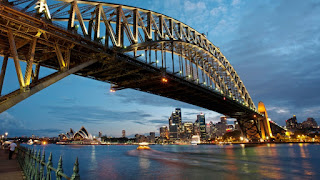 Image: Wikimedia Commons Migration to Australia has been high over the past few years, thanks to the famous Australian mining boom. Australia is a country of migrants, a land where the original owners have thrived for thousands of years. Modern Australia, however, is made up of migrants from all over the world, where more than 28% of the current population (or close to 7 million people) are known to have been born abroad  (Scutt, 2017) . Currently, there are many debates happening around the topic of migration to Australia. Some postulate that the growth of population is too high to manage in the long run, calling for a limit to Australian migration to be brought down from 200,000 to 70,000 a year. But that's into the future. As of now, Australia needs a young workforce that could contribute to the society in the face of an ageing population - the population in Australia has been increasingly ageing over the past 20 years, as can be seen in the graph below: So